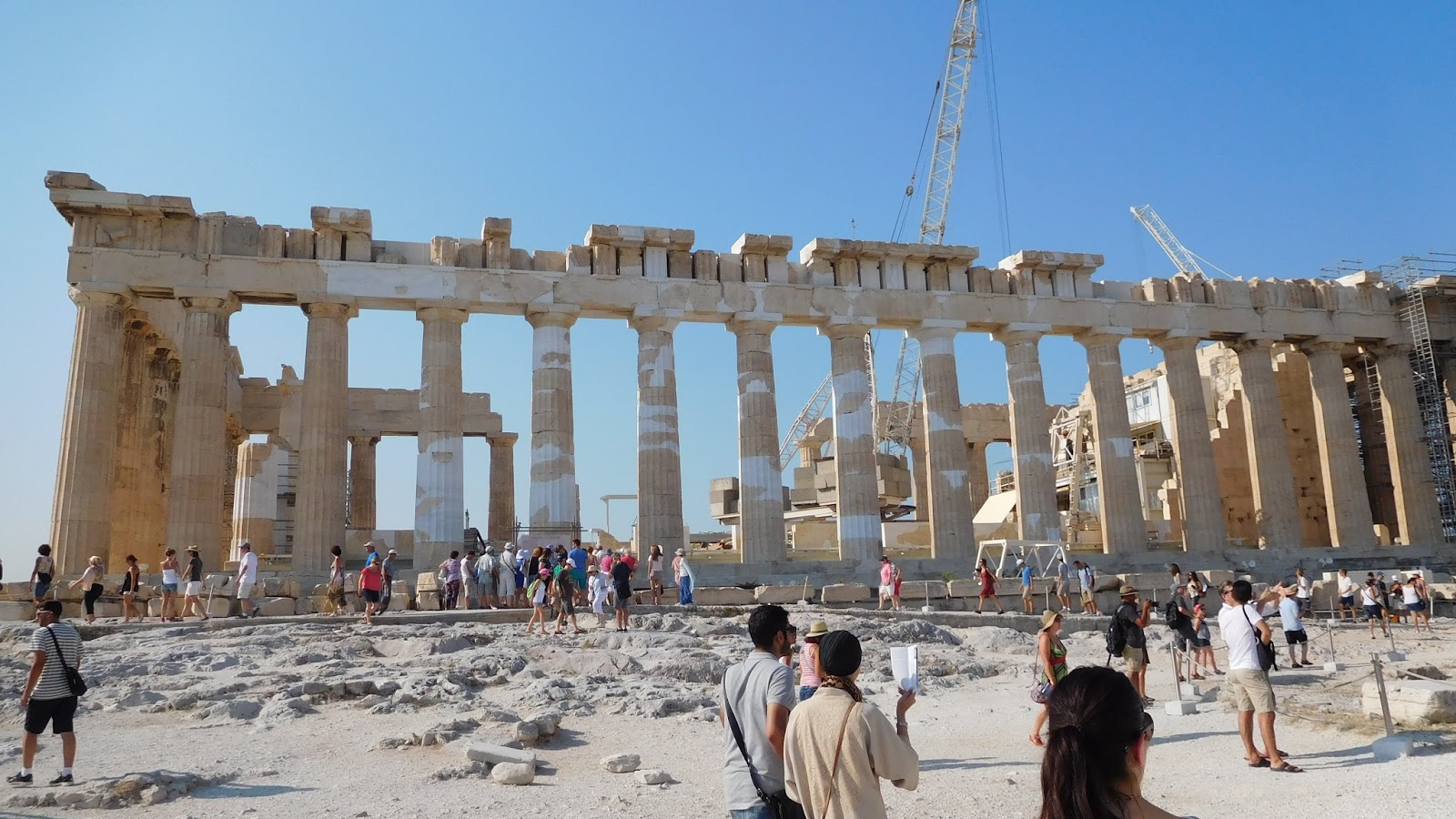 It’s been a few weeks since I returned from my holiday and already it feels like a distant memory. I did a lot of travelling and a lot of sightseeing so I’m going to break each place I visited into a separate post, just so it isn’t too overwhelming. I’ll try to keep it short and include lots of photos so it isn’t too boring for you all! I’m a private person by nature and putting my stories out there doesn’t always sit easily with me but I love talking about my travels and hopefully you’ll find what I have to say interesting! Plus, it’s a great way to document my holiday as I don’t keep a diary. Happy reading!

So our first stop was Athens. I was super excited to go to Greece as I have a Greek background and have heard and read about the homeland since I was a small kid. So after a long flight and bumpy flight (we went through a storm!), there we were! We joined the long taxi rank and were soon on our way to the hotel. After a particularly frightening drive (for some reason our driver thought it perfectly normal to count his money, drink a frappe and drive 180km all at the same time), we were glad to arrive at the hotel in one piece. 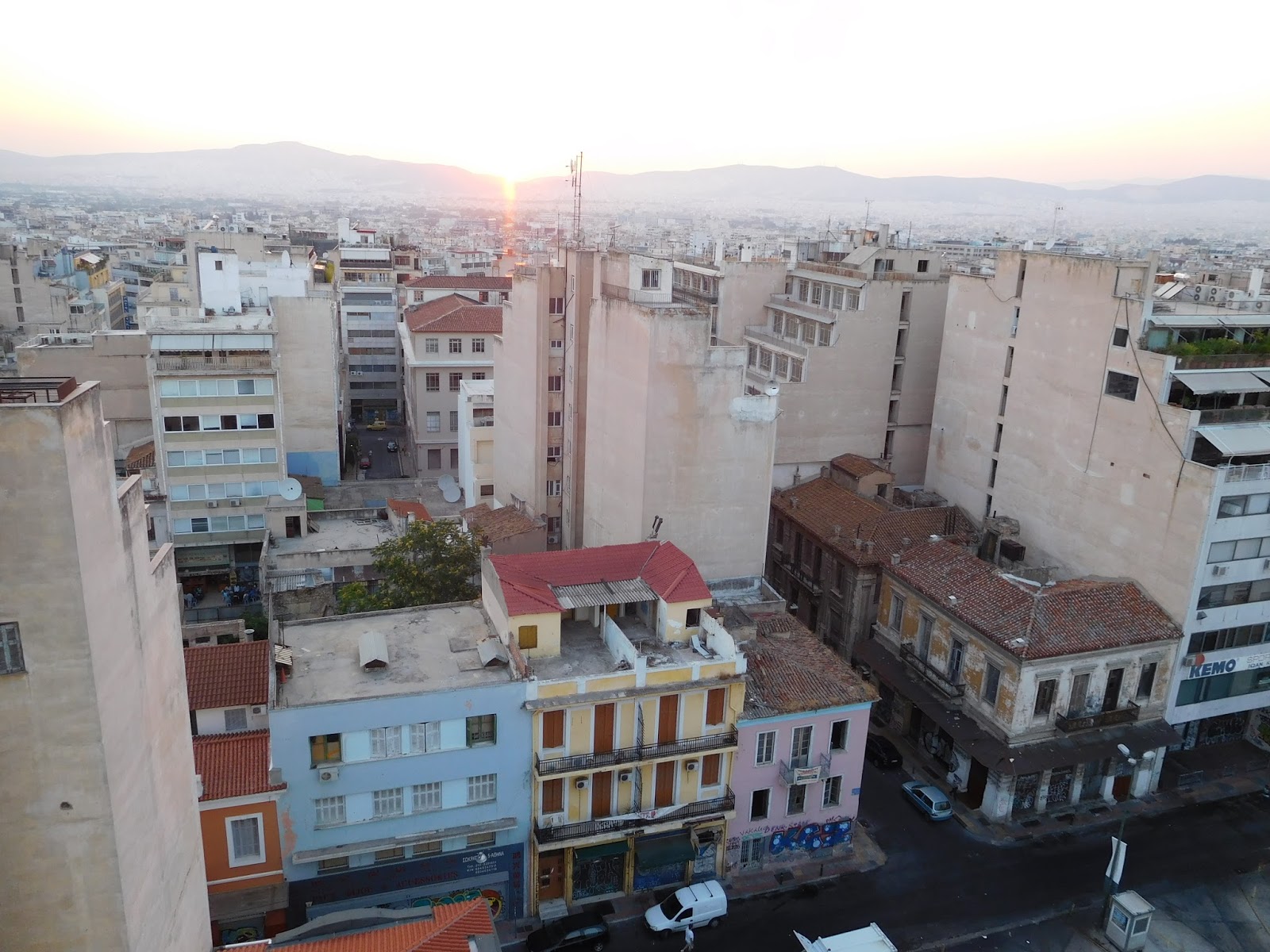 As we drove through the city centre it struck me how run down Athens was. The buildings were practically falling apart and about half of the stores were shut down. There was graffiti everywhere and it looked very isolated. I didn’t realise it at the time but it was Saturday afternoon and a lot of stores were shut down for the day. Despite its exterior, I grew to love Athens and its bustling, friendly nature.

We stayed at the Athens Centre Square Hotel and while it didn’t look like much from the outside, inside it was clean and cheerful. After a very claustrophobic lift ride, (it barely fits two people, let alone three suitcases and a backpack) we arrived in our room. It was tiny but very clean and efficient. After a refreshing shower I was so relaxed that I fell asleep.

Our first full day in Athens was dedicated to the Parthenon. After speaking to the front desk worker (whose name was Olga and was extremely helpful), we set off on a trek armed with our map and plenty of cold water. We didn’t realise at the time but the Acropolis was a ten minute walk from our hotel; we detoured a bit so it took twice as long. We didn’t mind though, as we got to see some beautiful houses, churches and flowers along the way. It was exactly how I’d always pictured Athens; old men sitting by their front doors and winding, cobblestone lanes. 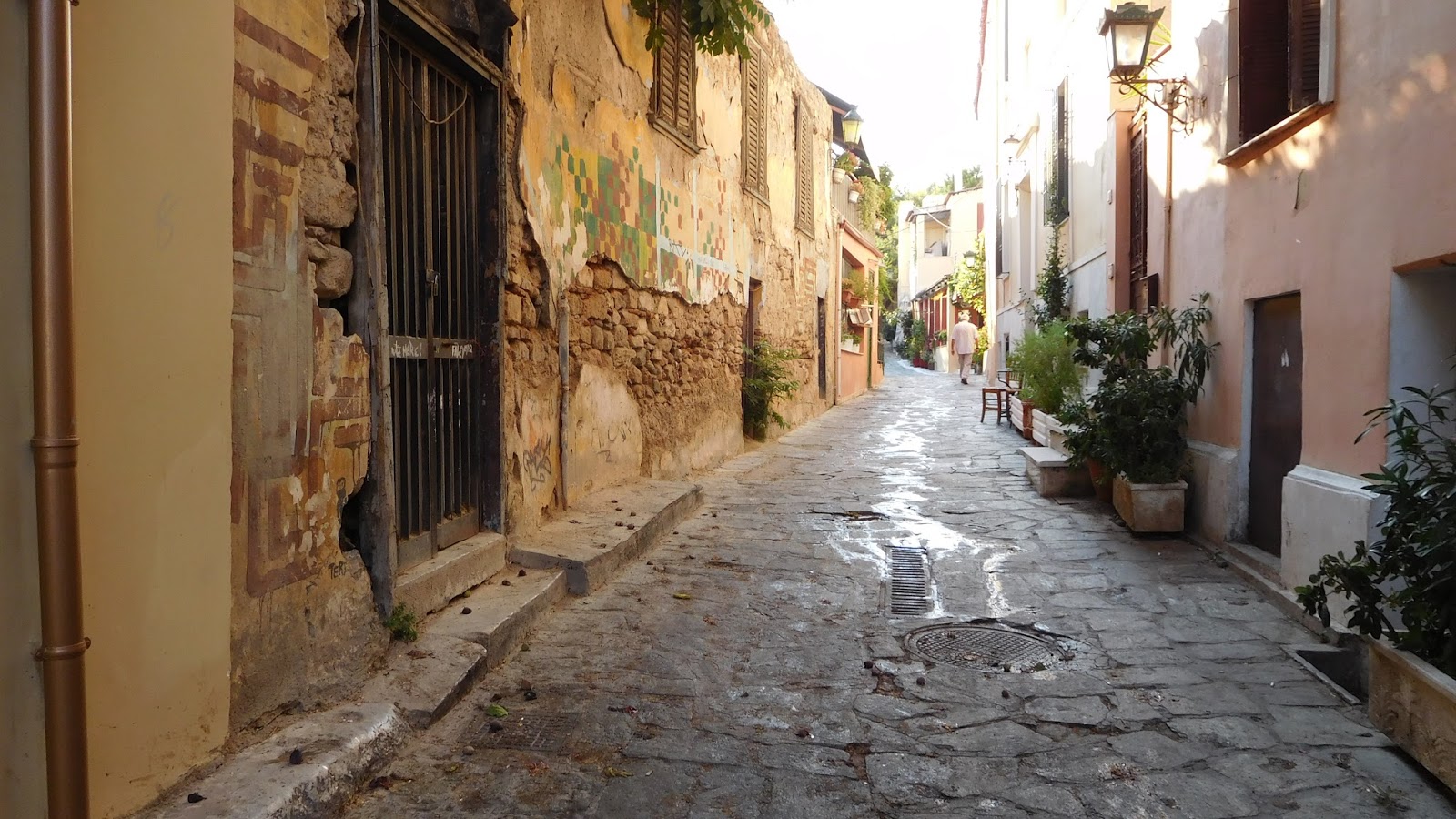 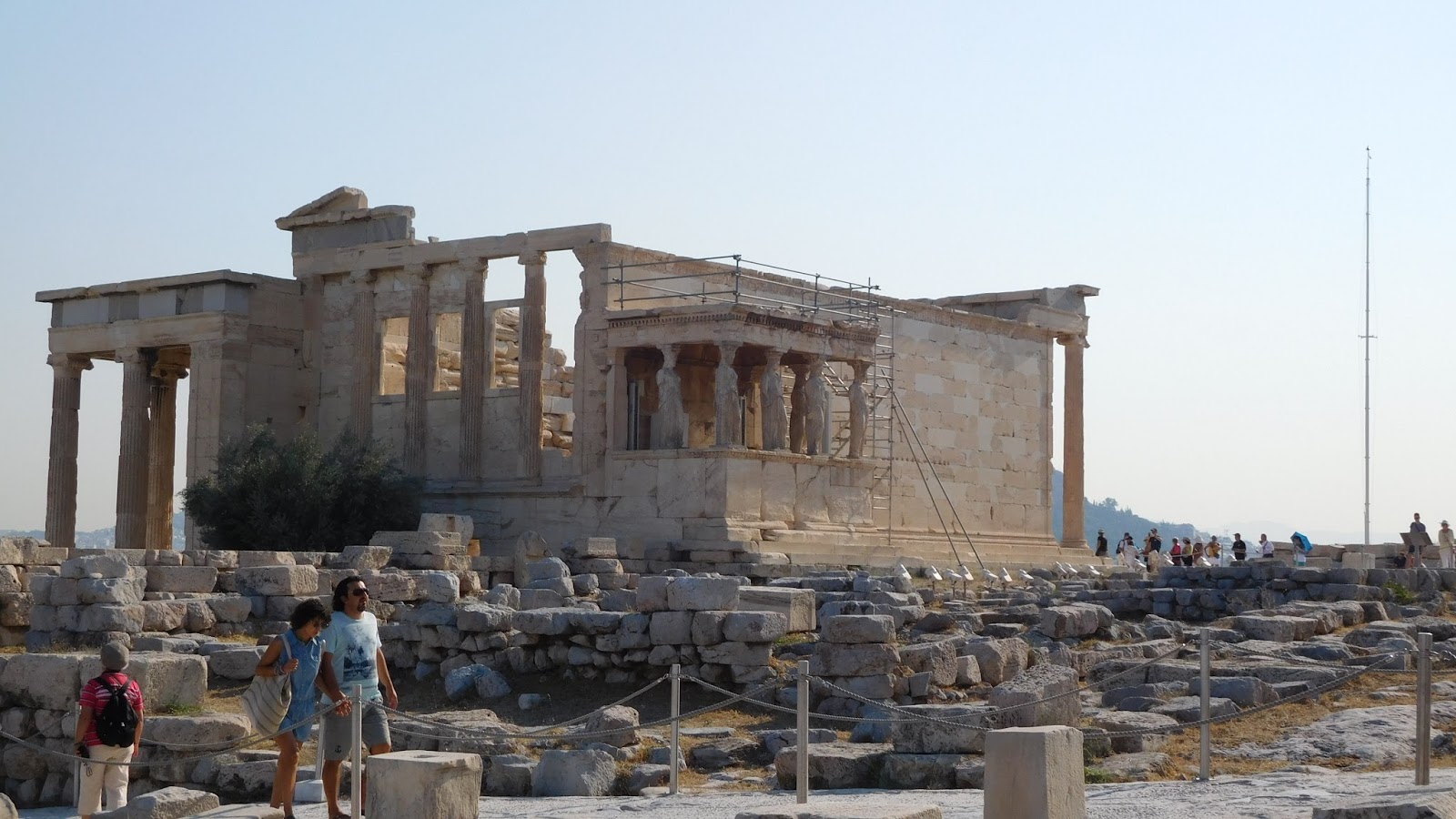 The Parthenon was a sight! Up close, it is huge and magnificent and the photos do not do it justice. We got there early so it wasn’t too busy but there were definitely a lot of tourists milling around. When my Dad visited it in the 1970s, you could actually walk through it. Now though, you can’t of course, but it’s still amazing to see. We spent a couple of hours there, took lots of photos and took it all in.

We also went to the Acropolis Museum, which only opened a few years ago. The artifacts in there are amazing and to see them up close is wonderful.

Our hotel was right in the heart of bustling Athens, and it was great being amongst all of the action. We tried to see as much as possible, so every day we’d take a different route and explore. I really enjoyed the Athens flea markets, and all of the food markets surrounding our hotel.

The food in Athens is great and very affordable, Everything was very fresh and we loved eating a Greek salad with every meal. 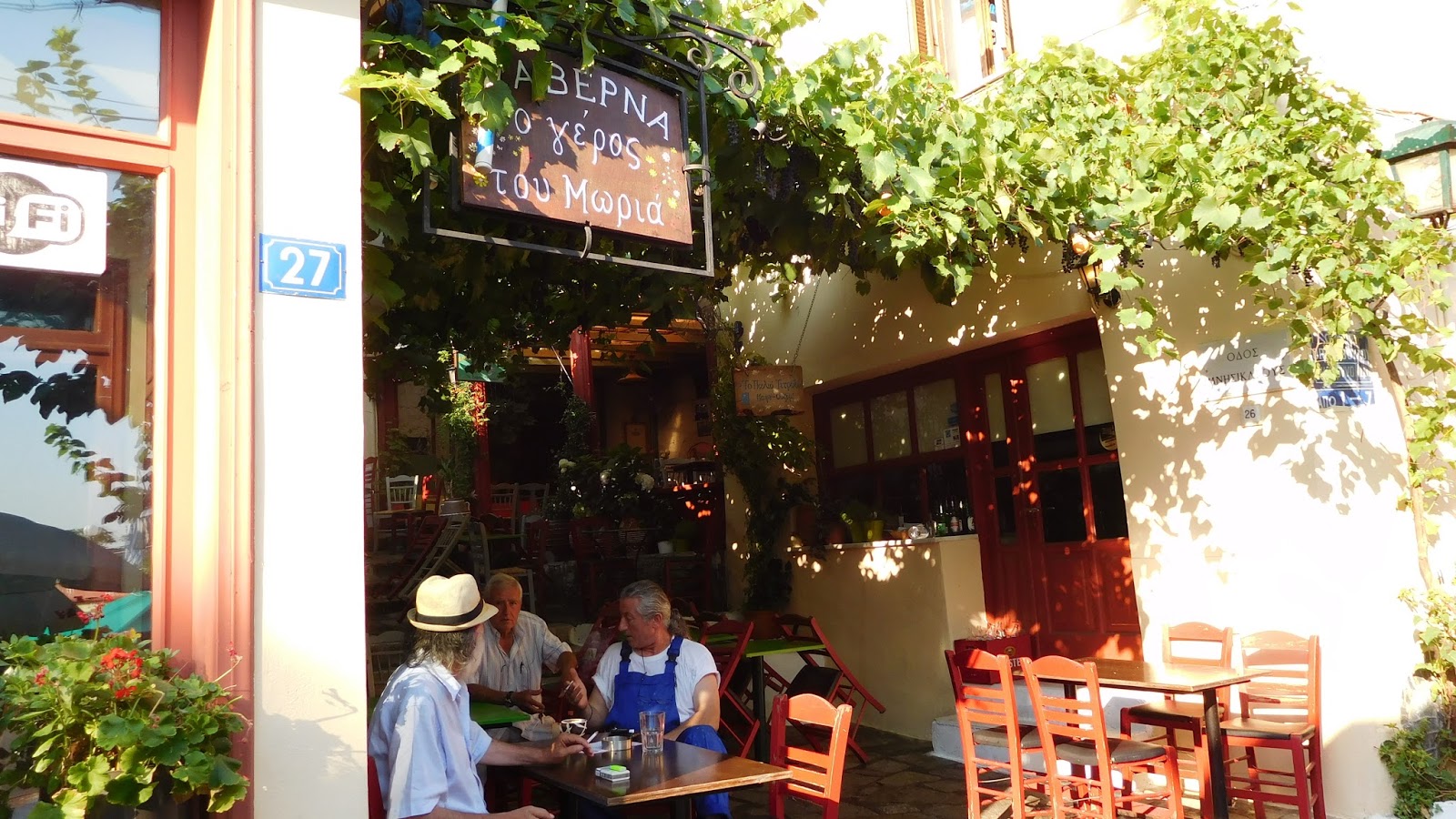 Our favourite place to eat was definitely Thanassis; we ordered pork souvlakis with a side of salad and chips and it was delicious each time.

I truly loved Athens, for its bustling nature and wonderful history but also because I felt very comfortable being there. I’m the sort of person who feels out of place a lot, but Athens gave me a feeling of ‘home’. I think because the people there reminded me of my own family and relatives; they were very friendly and nothing was too much trouble. Plus, the food was very familiar to me as I grew up with very fresh food (often straight from the garden or my grandparents farm) and it felt like being back at home.

I think a new love affair has started!

Have you been to Athens? What did you think?