I’ve been a terrible blogger these last couple of weeks. Each time I’d planned to write a post, something would come up and I’d put it to the side and completely forget about it. There has been a lot going on in my life recently, and I was waiting for things to get back to normal. Thankfully, things seem to have settled down now. This blog has always been an escape for me, and I make an effort to keep it fun and easy to read and not too bogged down by reality!

Anyway, let’s get into it! First up is the opening of Sephora in Melbourne. 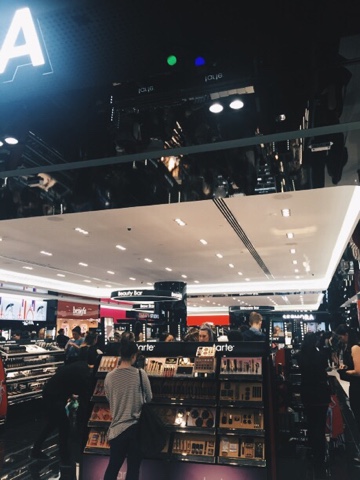 I was incredibly excited to go and relieve my fond New York memories of visiting Sephora twice a day for two weeks straight. Last week I went with a friend to check it out. First of all it is huge, much bigger than some of the Sephora stores that I’ve been to in America. There were a lot of brands that I’d never heard of before, along with some that I’d heard of but weren’t available in Australia yet, such as IT Cosmetics, which I knew through the American bloggers that I follow. I was a bit disappointed that Too Faced and Urban Decay aren’t stocked, but I think it’s because they are sold at Mecca stores. The actual Sephora range in the store is huge. I personally love the Sephora range and I’m stoked that I’ll be able to stock up on my favourite lipsticks and lip liners. It’s exciting finally having Sephora in Australia and I really hope that they bring out all of the holiday boxes that Sephora are famous for!

I also had a much needed hair cut and colour. 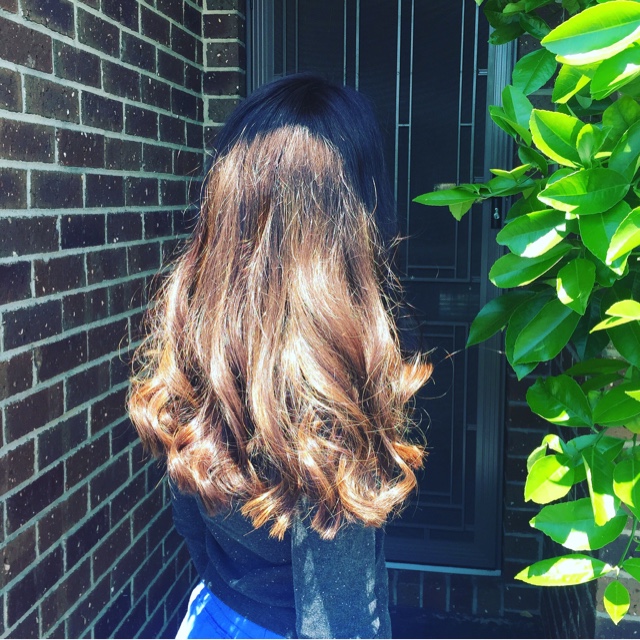 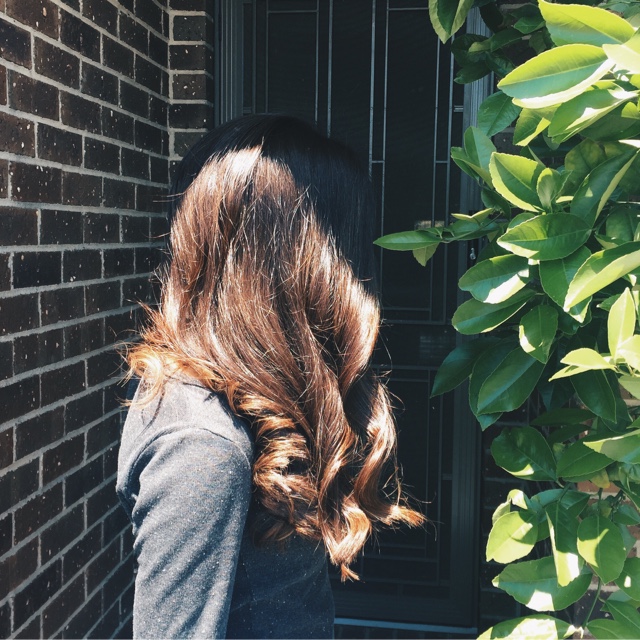 My hair was totally fried from my holiday and had lightened considerably from the sun. I prefer a darker colour so the hairdresser dyed it one or two shades darker and lightened up the ends very subtly. A friend recommended this particular hairdresser and I was really happy with her work. She also lives quite close to me so that’s a bonus.

I also picked up a couple of new books this month. 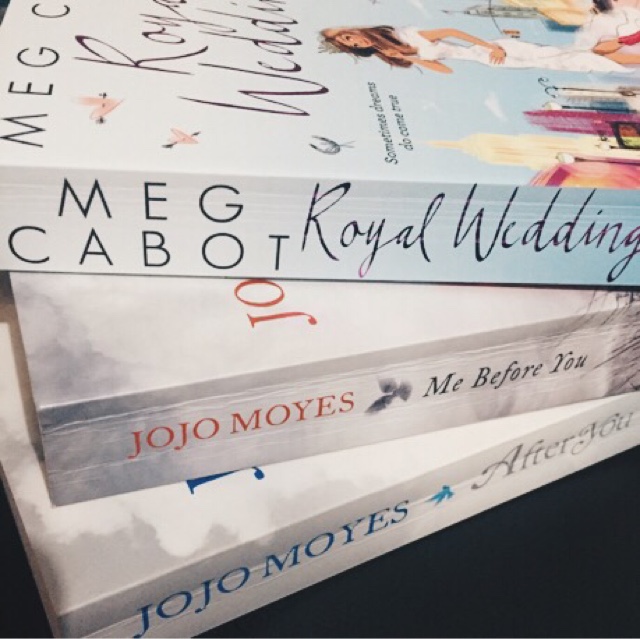 The first was ‘After You’ by Jojo Moyes, which is the sequel to ‘Me Before You’. I had bought the first book months ago, read it and passed it onto my mum to read. When I found out a sequel had been released, I re read Me Before You, just so the story would be fresh in my mind (I had forgotten some of it). I absolutely love both of these books, and I highly recommend them. I think I read After You in about two days, because I was so eager to find out what had happened to Louisa. The book is being adapted into a film, which I cannot wait to see. I find both of these books very relatable, as we’ve all felt stuck at some point in our lives and don’t know which way to turn. Highly recommend these books.

The other book I picked up needs an explanation first, otherwise you’d think that this blog belonged to an 11 year old girl. So when I was a teenager, I was obsessed with the Princess Diaries book series, written by Meg Cabot. I didn’t read them all, as by the time the later books came out, I was older and had developed other interests. But I am an avid reader, especially in my teens and books helped me to escape the daily torture of high school. I was at a bookstore last week buying something for a friend and I came across a novel called ‘The Royal Wedding’. When I saw the author’s name and realised it was part of the Princess Diaries series, I was so excited and honestly felt like a teenager again. I promptly purchased it and have read about half of it. Princess Mia is now 25 years old and is engaged to her boyfriend Michael (who if you remember is the brother of her best friend Lilly). All of the old characters are there (except Mr Gianni) and it feels like revisiting an old friend. The story is written in a diary style (like the other novels) and the same wit and humour is there. Love!

I took my mum away for a belated birthday weekend in Daylesford and we had a really relaxing girls trip. 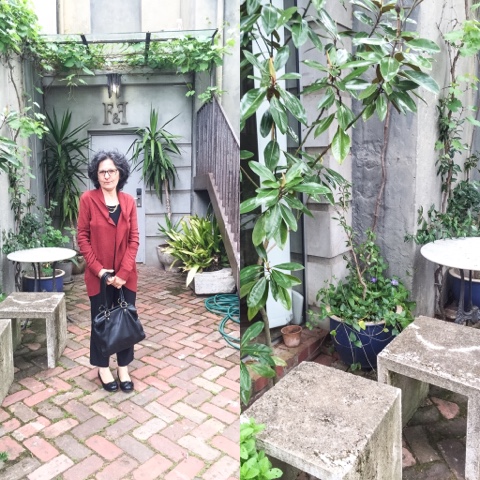 The courtyard at the Frangos & Frangos hotel. Guests receive a complimentary breakfast at the attached Koukla cafe, which is really cosy and has delicious food.

I booked the Frangos & Frangos hotel in Daylesford which is a boutique style hotel and is geared towards couples (I didn’t realise this at the time ha ha). Each room is themed and ours was the ‘Carnival’ room. It was beautifully decorated and we both fell in love with the spacious marble bathroom. 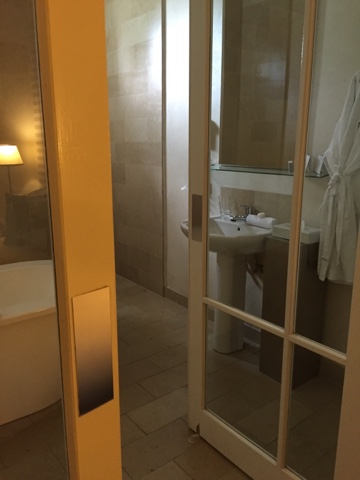 Double doors that lead into the bathroom. You can’t tell by the photo but the bathroom was huge, probably the biggest I’ve seen in a hotel. 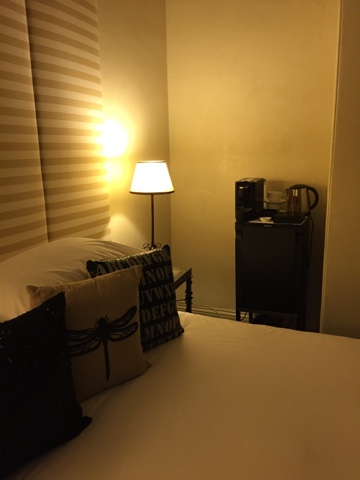 The bedroom. The bed was so comfortable and the room was equipped with a Nespresso coffee machine.

Our weekend was filled up with long walks, market hopping, eating scones and tea and spending some quality time together. The older I get, the more I appreciate my mum. We share a lot of the same interests and we always have a good time together. 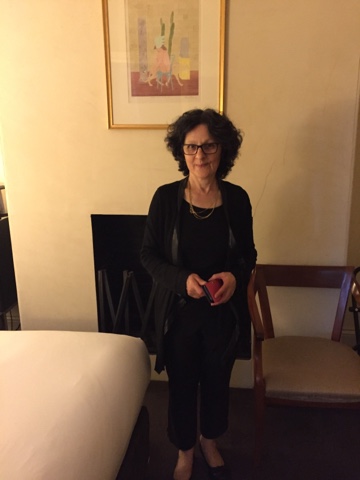 I always make my mum pose for photos LOL. Isn’t she sweet?

Finally, I’ve added another blog to my favourites list. Jennifer Stano is a model and designer who appeared on the show ‘Trophy Wives’ and runs a swimsuit company with her billionaire husband. Her life is filled with jet setting holidays, lavish houses and it’s hard not to be a bit envious of her! Nonetheless, she seems really down to earth and it’s interesting to read about a life that is so far removed from mine. Here is the link to her blog: www.jennifer.stano.com. It’s a bit addictive actually…

I’ve had a lot more on but I think I’ll save that for another post!