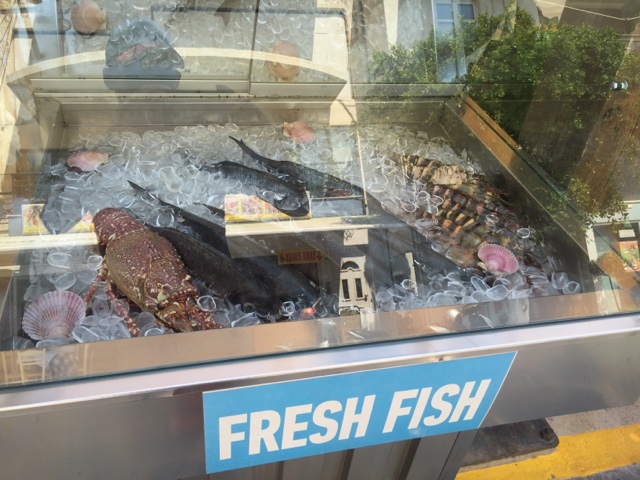 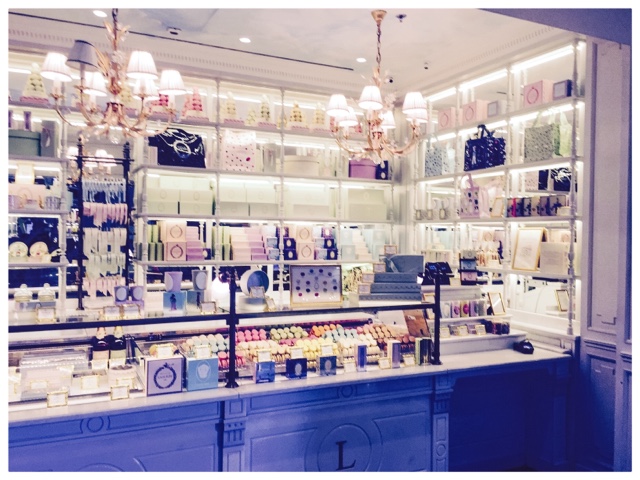 Crete was the third stop on our trip, followed by Paris. We spent three days in Crete and a day and a half in Paris, and I really wished I’d spent more time in Paris as it ended up being one of my favourite places.

We took the ferry from Santorini to Crete which was quite an experience. The ferry was delayed, there was nobody around to help us and when the ferry did finally turn up, there was no order at all. However, we were in Greece so that’s how things are run! Once we got onto the ferry it was smooth sailing (ha ha). I quite enjoyed the ride actually, and it was definitely less stressful than flying.

We docked at Heraklion and took a taxi to our hotel. We had booked into the Sentido Blue Sea Beach Hotel in Crete, which is an all-inclusive resort located in Stalis, Heraklion. It is directly opposite the beach of Stalida and features a restaurant, several swimming pool, gym, spa, cafe and bar. It is a very large resort (probably the biggest I’ve ever been to), and it was incredibly busy with holidaymakers.

As soon we had arrived, we had to get our photos taken for our meals card. We didn’t know until we arrived that our agent had booked us a half board each day, which meant that our breakfast and dinner were included in our package (drinks not included). I generally don’t like hotel food, as too often the food is unhealthy and not fresh. However, it worked out well for us as there weren’t too many restaurants outside the resort.

My auntie and uncle were holidaying in Greece and happened to be in Crete at the same time as us so we ended up spending a day with them in Agios Nikolaos. This is a beautiful town surrounded by restaurants, stores stocked with Cretan products and a relaxed, friendly vibe. Our taxi driver told us some of the history behind this old port; the lake in Agios Nikolaos is apparently bottomless, as legend would have it, and the Germans disposed of their weapons by dropping them into the lake in World War 2. 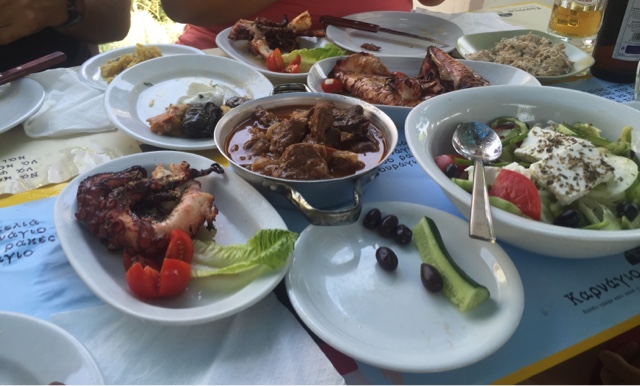 Our lunch in Crete. The food was incredibly tasty and fresh! 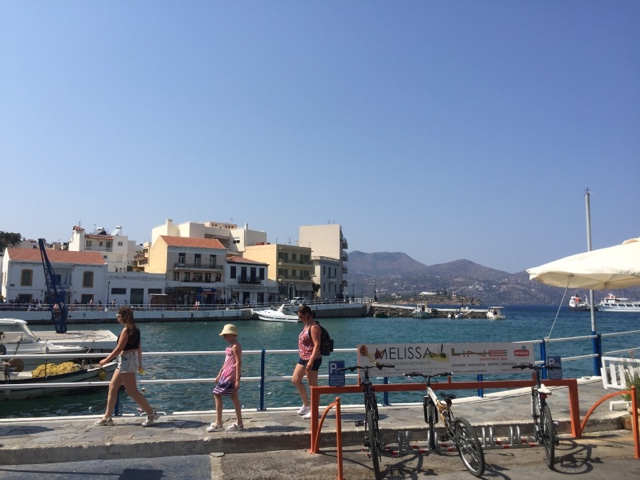 Paris was our next stop after Crete and we arrived in the late afternoon. We caught a random taxi from the airport and our taxi driver was the most friendliest person we had come across. Although he barely spoke English, he made a real effort to speak to us and tell us about Paris. We all got along so well that we took his contact details and arranged for him to drive us back to the airport the next day.

We stayed at the Opera Cadet Hotel, which is located in the Opera region. This is a beautifully furnished hotel in a very ‘Parisian’ part of Paris. I loved the complimentary whimsical postcards and bookmarks that were thoughtfully left for us in our room. The room itself was very clean and efficient, and we were even given free bottles of Evian water- my favourite!

After freshening up we went for a stroll around the neighbourhood. It was dotted with patisseries, boutique delis and very chic Parisians! It actually reminded me a bit of Melbourne and New York; I find major cities very similar to one another.

I have to mention the breakfast at the Opera Cadet Hotel. It was served in a beautiful outdoor terrace and the breakfast range was amazing. Fresh crossiants, jams and various other toppings, fresh fruit, freshly squeezed juice…we made sure to fill up! 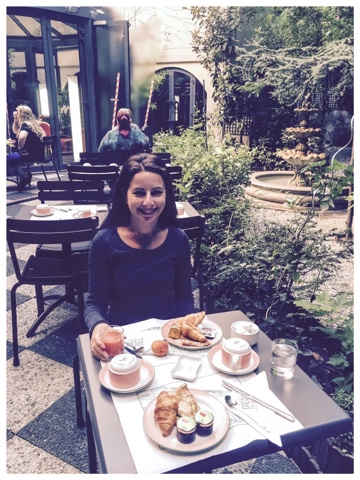 Our one full day was dedicated to seeing as much of Paris as possible, and naturally our first item on the list was the Eiffel Tower. I did not expect it to be so huge! We didn’t actually go inside, just because the lines were huge but I didn’t mind. Seeing it from the outside was more than enough. 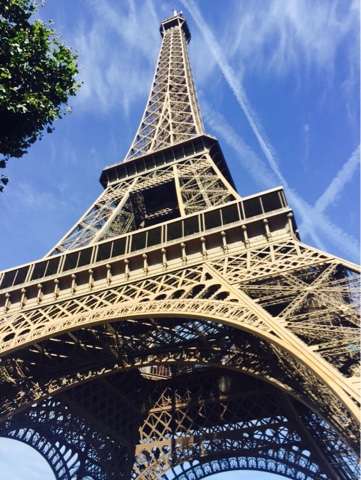 We also went part the Louvre (which is also incredibly huge) and walked along the river Seine. 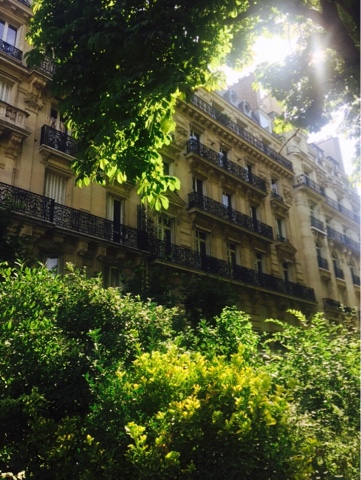 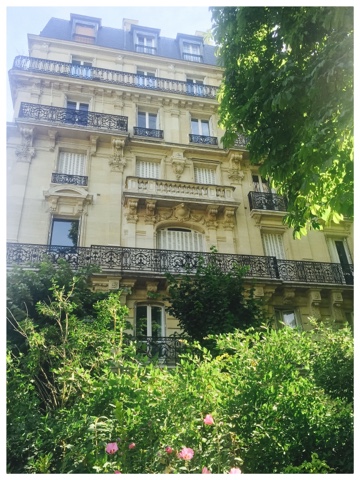 I love the architecture of the apartments blocks dotted around Paris. 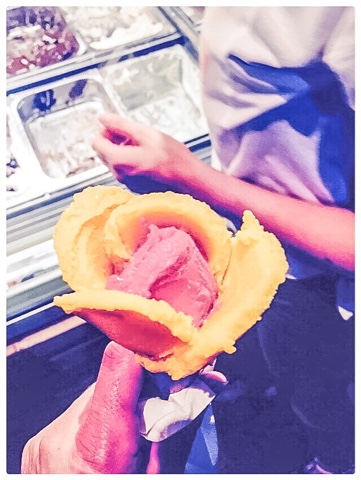 A ‘flower’ gelato. This was so good; I had the mango and raspberry flavour (several times). 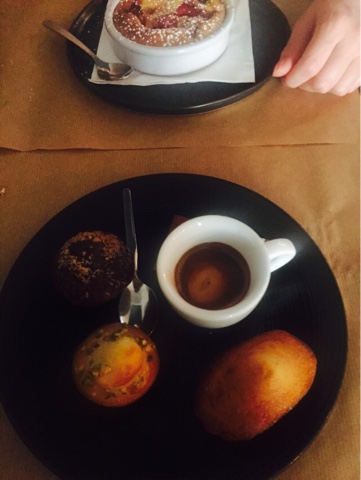 Dessert from a random little restaurant tucked away in a Paris arcade.

We were leaving Paris the following night so on our second day we decided to explore the shopping and food markets. I had my heart set on visiting Sephora, as it is a French brand, as well as the Galeries Lafayette, which is a huge department store filled top to bottom with designer bags, shoes, clothes and everything in between! We also visited a food market which was a feast for the eyes. I’ll let the photos do the talking… 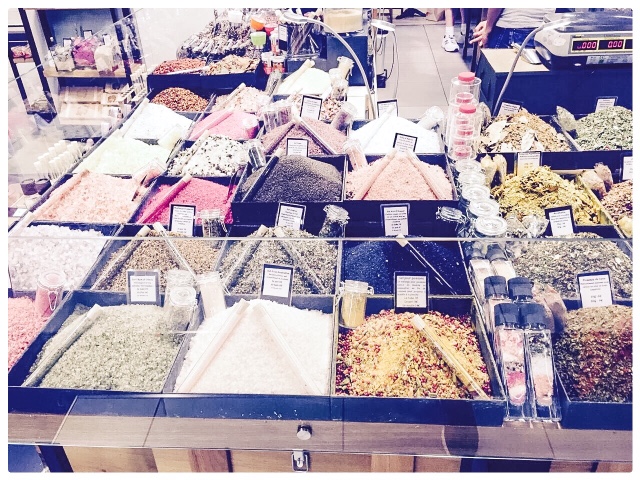 Salt, glorious salt! This stall sold nothing but salt! I’ve never seen so many different colours. 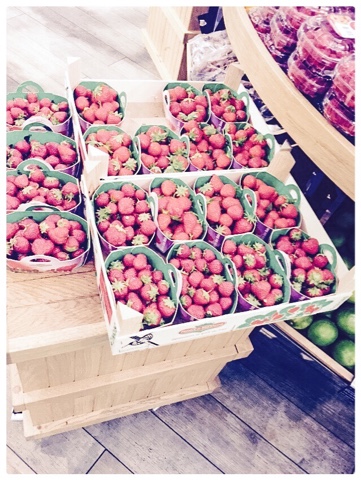 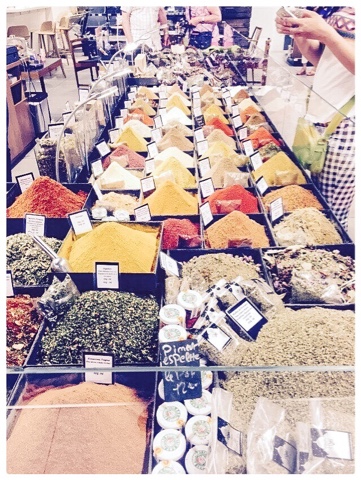 And rows and rows of spices!

I wish I could have filled a suitcase full of food.

Parisians have a reputation for their incredible style, elegance and impeccable grooming and I can now attest to this! The woman were beautifully dressed and looked like they had stepped off the cover of Vogue. I couldn’t help but think of Carrie Bradshaw while I was there…next time I go back to Paris I plan to stay in an apartment near the Eiffel Tower and eat croissants in bed! 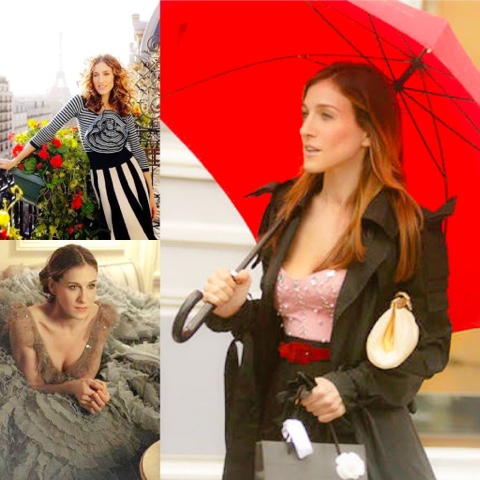 I hope you enjoyed reading!